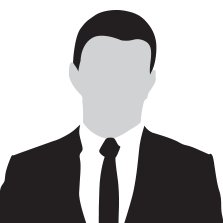 Ian Edward Smith, Esq. is a litigation counsel for Spire Law based out of our Atlanta, Georgia office. Ian represents and counsels companies involved in complex business, labor, and employment litigation.

What are Ian Smith's credentials and experience?

Ian is licensed to practice law in Georgia and New York. He graduated law school in 2001 from the Northern Illinois University College of Law.

What types of cases does Ian Smith handle?

Ian defends businesses and business owners in the following areas of law:

Is Ian Smith available for a consultation?

Has Ian Smith ever served in the military?

Yes! Ian proudly served in the United State Navy from 1989 through 1998 as a Hospital Corpsman, attaining the rank of petty officer second class.

What are Ian Smith's publications?

Yes! Ian has several publications and speaking engagements including:

What are Ian Smith's professional memberships?

How does Ian Smith give back to the community?

Ian has volunteered with the following organizations: